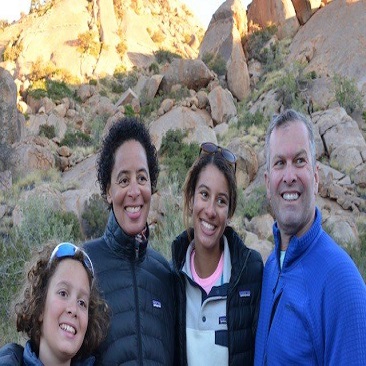 “One of the great things about Scranton Prep is not just the great academic education but also the social awareness.  The Jesuits did an incredible job teaching us about making a place in the world and giving back.”

Growing up in West Scranton, Gene Assaf, class of 1980, never thought he’d attend Scranton Prep.  It wasn’t until Father Dominic Totaro went door to door recruiting for summer school as part of the Higher Achievement Program that Prep became an option.  “The HAP program changed everything.  Not just for me, but for so many people.” After spending the summer at the school, there was no turning back.  “My whole first year I told my dad how challenging and, at times, frightening it was.  Father McGrath, Father Keller, Father Totaro.  They were tough and demanding.  But my father trusted the school, trusted the process—especially trusted the Jesuits.”

“Tuition was $750. That was a lot of money in 1977 and my parents made tremendous sacrifices so I could attend.  But they were so proud that someone from our family went to Prep.  I was the first one in my family to go to Prep or to college.”  From Prep, Gene attended Dickinson College, where he was captain of the football team and a Classics major.  “Father McGrath wanted me to go to a Jesuit school but I really wanted to play football.”

Now a senior partner at the global law firm, Kirkland and Ellis, Gene splits his days between DC and New York where his wife, Liz McHenry is a professor at NYU.  Despite the demanding schedule Gene still makes time for his alma mater.  “I talk to my kids, Electa and Quinn, about the funny things about Scranton but also about the hard work and importance of giving back and the connections to your institutions.”  And he practices what he preaches.  Every year Gene hosts alumni reunions in New York and DC, as well as supporting the Prep Fund and the Capital Campaigns. Gene has also included Prep in his estate planning.  “It can’t just be geographically convenient to give back.”

“My hope for Prep is that it continues to do what it does with the commitment to social justice, but doesn’t become satisfied with its current place in the community.   It’s not just that Prep is a good school, but it needs to be seen as an important resource for enriching the community and empowering families. Prep is perfectly positioned to not only change kids, but also change the community at large.”