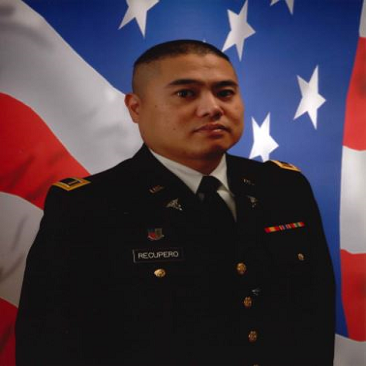 “I remember the sense of community, the challenge of real academics, all the wins and losses on the field,” said Steve Recupero, class of 1997 when we reached out for his help at Prep last year.  He was kind, giving and wonderfully responsive in rallying his classmates for our Day of Giving.  It should have come as no surprise. He’s a man who has dedicated himself to service.

Those who knew Stephen in his high school years remember him as a captain of the football team or his involvement with Kairos but what they may not know was that he spent his nights and weekends working as a patient transporter at the former Marion Community Hospital in Carbondale, PA.  Following graduation, Stephen attended Notre Dame, ultimately graduating pre-med with honors.  He returned to Prep to teach biology, computer science, and chemistry and lead students on the Los Hermanos Mexico service trips.  “I was lucky to have a second go-around as a faculty member, and it only enriched my appreciation for what the Prep does on a daily basis – especially, behind the scenes – for each individual student.”

Stephen continued with his studies, earning a Masters’ Degree and taking his medical school exams.  His life was all right in front of him…until a devastating car accident sidelined the former football player and forced him to reroute his plan while he recovered at home.  It was the care of his mother, Joie Recupero, and the support of his Prep family that helped Steve through his full recovery. And through hard work and determination he found the strength to pursue his dream of joining the military and becoming a physician.

As a Captain in the military, Stephen has been recognized time and again for his excellence in academics, medicine and military service, most recently as a recipient of the Bronze Star Medal for his exemplary service in Afghanistan.  The citation accompanying the medal reads, in part: “For exceptionally meritorious service as the Task Force surgeon while deployed in support of Operation Freedom’s Sentinel, Captain Recupero’s outstanding performance, expertise and dedication to duty significantly evidenced the success of the Unit’s mission during military operations.  His distinctive accomplishments bring great credit upon himself, the Train Advise Command-East, and the United States Army.”

When we interviewed Steve, almost a year ago, about his time at Prep, he told us, “I am humbled by the opportunities I have been afforded and the doors that have been opened to me as a result of my time at Scranton Prep.”  As a school and a family, Capt. Recupero, we say the honor has been ours, to be part of your legacy that you leave not only to Scranton Prep but also our nation.

Today, this Veteran’s Day, we say thank you to all who served and we proudly recognize Captain Stephen P. Recupero for his outstanding service to his country.  Captain Recupero represents Prep as a “man for others”, embodying the Jesuit values of service and education in his daily life.