As students at Scranton Preparatory School, they learned the joy of serving others and experienced the impact of a retreat.  They came back to their alma mater for a new phase in their professional development, offering service, making connections, and learning skills that will benefit them in their chosen career paths.

The Alumni Service Corps is a 10-month placement on the faculty at Scranton Preparatory School.  The alumni volunteers or “AV’s” live locally and you can see them in action around the campus on school days.  They undertake many duties at 1000 Wyoming Ave such as tutoring, running retreats, mentoring, leading service projects and assisting with teaching classes.  In addition you may see them working in the admissions and development offices as well as helping out in the sports department.

ASC or AVC (Alumni Volunteer Corps) is based on the philosophy of the Jesuit Volunteer Corps and challenges members to engage in simple living, hard work, and spiritual formation with a focus on community life.  Remember the joy that came with serving others as a Prep student?  Remember the impact of your Kairos retreat? That one teacher who made a difference in your life?  That same spirit of service is at the heart of ASC.  It a great way to give back.  Submit this form if you’re interested in becoming an ASC volunteer at Prep. 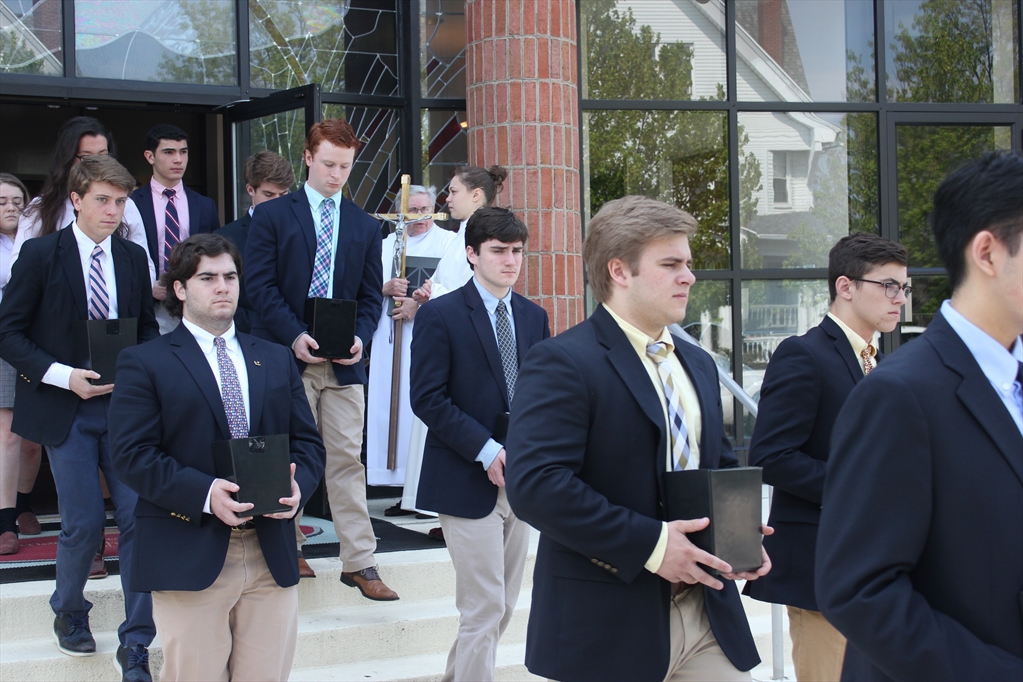 The story of Joseph of Arimathea according to the Gospels

Joseph was a wealthy man who came from Arimathea in Judea.

He was a good and righteous man who managed to be both a member of the Council (the Sanhedrin) and a secret supporter of Jesus – which is why he did not join in the Council’s actions against Jesus.

After the death of Jesus, Joseph asked Pilate for permission to take Jesus’ body and bury it properly.

Permission was granted and the body was taken down. Joseph, helped by Nicodemus, wrapped the body in cloth with the addition of myrrh and aloes.

They buried Jesus in an unused tomb that Joseph may have intended for himself, where it was protected by a heavy stone rolled against the opening. 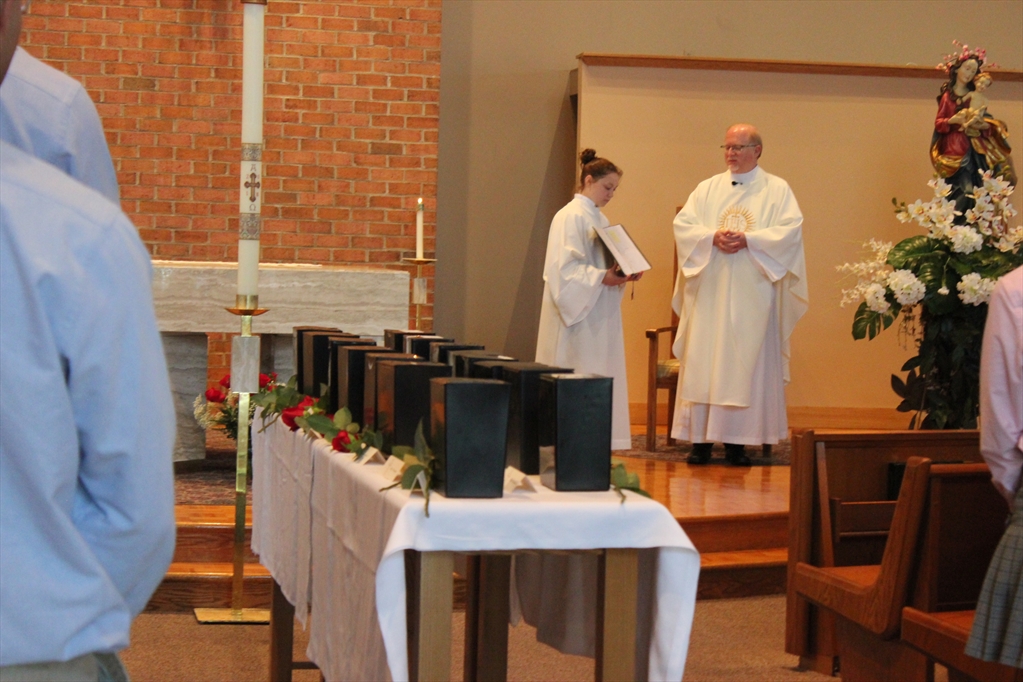 This program was founded in the spirit of Saint Joseph of Arimathea, who assisted with the burial of Jesus Christ. The Scranton Prep  St. Joseph of Arimathea Funeral Ministry program offers pallbearer service, prayer service, scripture readings and love. The service will be offered free of charge to small families, indigent people, or those who die alone. We believe no one should die without being mourned or prayed for. In efforts to live out the Gospel and also be Men and Women for Others, Scranton Prep students will offer their support and hope to others dealing with the death of a loved one.   Click here to view pictures of a recent funeral service held at Scranton Prep.

TO REQUEST THIS SERVICE, PLEASE CONTACT SCRANTON PREPARATORY SCHOOL AT 570-941-7737